This is my first essay of the year and it is about Egypt. It does not have to be long so this will only cover some facts about Egypt.

Egypt is part of Africa and has many interesting facts about it. The Nile River is a river that is in Egypt, it is the longest in the world and runs South-North, this is not what a river usually does and that’s another reason why it is so irregular.  Egypt also has many deserts that are big and hot. One of them is the Sahara desert and I’m pretty sure it is one of the, or the, largest desert in the world.

Egypt is also known for its pyramids. They used to build these as burial places for their kings, pharaohs.

If you ever visit the Sahara desert you will find that it is extremely hot in the day, but actually gets pretty chill and night. You would hardly see rain and even if you did it would not last for very long. This place is so hot that without protection from the sun (hats, sunglasses, sunscreen, and even an umbrella) Because it’s so hot in the day you would where shorts and tank tops but, at night you’d want to wear warm comfy pj’s. On the plus side, you would get really tan.

My mother is the person I look up to the most, and can thank for a lot of things. She takes me to voice every Tuesday, theater on Wednesday, co-op on Thursday, grandmas on Monday, church on Sunday, and Tae-Kwon-Do on Tuesday as well. (The co-op takes almost half an hour to get too.) She also let’s me go hang out at my friends all day, after all of my school work is done, and it’s the best! She is super sweet and I look up to her for almost everything.

Charlemagne (c.742-814), also known as Karl and Charles the Great, was a medieval emperor who ruled much of Western Europe from 768 to 814. In 771, Charlemagne became king of the Franks, a Germanic tribe in present-day Belgium, France, Luxembourg, the Netherlands and western Germany.  As a skilled military strategist, he spent much of his reign engaged in warfare in order to accomplish his goals. In 800 Pope Leo III crowned him, Holy Emperor of the Romans. He forced his people to become Christians, and when there was a riot, he committed what we call, the Massacre of Verdun. Where he killed 4500 revolting Saxon slaves. This pretty much ended all the revolts. When Charlemagne died in 814, he spent the last of his days in depression because of all the things he wanted to do that he was never able to accomplish, or see.

The Saxons were a Germanic people whose name was given in the early Middle Ages to a large country near the North Sea coast of what is now Germany.

The Saxons were pagans when they came to Britain. They worshiped gods of nature and held springs, wells, rocks, and trees in reverence. Religion was not a source of spiritual revelation, it was a means of ensuring success in material things. For example, you might pray to a particular goddess for a successful harvest, or for victory in battle. A few of the main Anglo-Saxon gods were Tiw, Wodin (Odin), Thor, and Friya, whose names are remembered in our days of the week Tuesday, Wednesday, Thursday, and Friday.

The robe or tunic gathered at the waist was the common garment for a man, completed by hose and soft shoes. For a woman the robe or dress extended to the feet. The usual materials were linen and woolens, the more expensive outfits being marked by colorful dyes and exotic borders. Brooches were used to fasten clothing by rich and poor, and amulets of stones were worn for luck.

The Saxons diets consisted mainly of bread, ale, cheese, and pork. Though they also used a lot of honey, herbs, spices, and vegetables.

The split between the Roman Catholic church and the Eastern Orthodox church. They used to be one big church, all put together with two leaders. It was difficult however, because the church leaders both spoke different languages and they had many small arguments. But despite that, the reason they split up was because of many small arguments, but also because in 1054 Michael Cerularius tried to fix these small arguments and the contention by trying to get rid of the Latin church. This did not work and later they split up. Like I said before, it was not just because of that but also because they had many small arguments. We are going to look at some of the differences, and then what the two split churches became.

The people in the West allowed the Pope to run the church as he pleased, he was on an easy hook. This church later became, after the split, the Roman Catholic church. The church was separate from the state in the West.

The Pope was not allowed to govern the church as the West saw fit. The Eastern part became the Eastern Orthodox church, the Pope did not govern and it was under the state’s jurisdiction.

I had to give an essay talking about the differences between the way Jack London writes his books and another writer. Jack London goes into the characters heads, he kind of explains what they are thinking, he also sets up a theme, or a situation, throughout different parts of  his books. White Fang is a really good book, has really good wording, you can understand it, and it is a fun book to read. He tells you a lot of what’s going on in different view points. He tells it to you as if you were watching it, and then he goes into the eyes of the character. Even  though White Fang is the only book I’ve read of his, I really liked it and think I would like other books of his.

Harry Potter is a series of eight books. Harry Potter is about a boy named Harry Potter and how he finds out that he is a wizard. Each book is about a different year in the wizard school, Hogwarts. The eighth book however, is actually about his kids and some of the trials one of them in particular, Albus Severus Potter, has during his time at school. There are some very funny parts in each book and an amazing adventure that makes you want to keep reading. The first book summarizes the first year in Hogwarts. Harry Potter is a famous wizard because when He Who Must Not Be Named (Voldemort) the darkest and most powerful wizard there ever was tried to kill him, he survived, and because of this he has a lighting shaped scar. He Who Must Not Be Named   somehow lost all his power and fled. Sadly both Lilly and James Potter (Harry’s parents) died because of this attack. Harry is raised by his aunt and uncle, who hate wizards and are very mean to him, until he’s 11, that’s when he starts getting letters to go to wizard school. His aunt and uncle burn all the letters and soon go on a vacation far away so that the letters can’t get to them. But they’re wrong and Harry ends up going to school. I won’t tell any more so that I don’t give spoilers, but you should read this.

If I was ship wrecked on an island and I could only have TWO things with me, and they had to be able to fit inside a boat, I would want to have a… 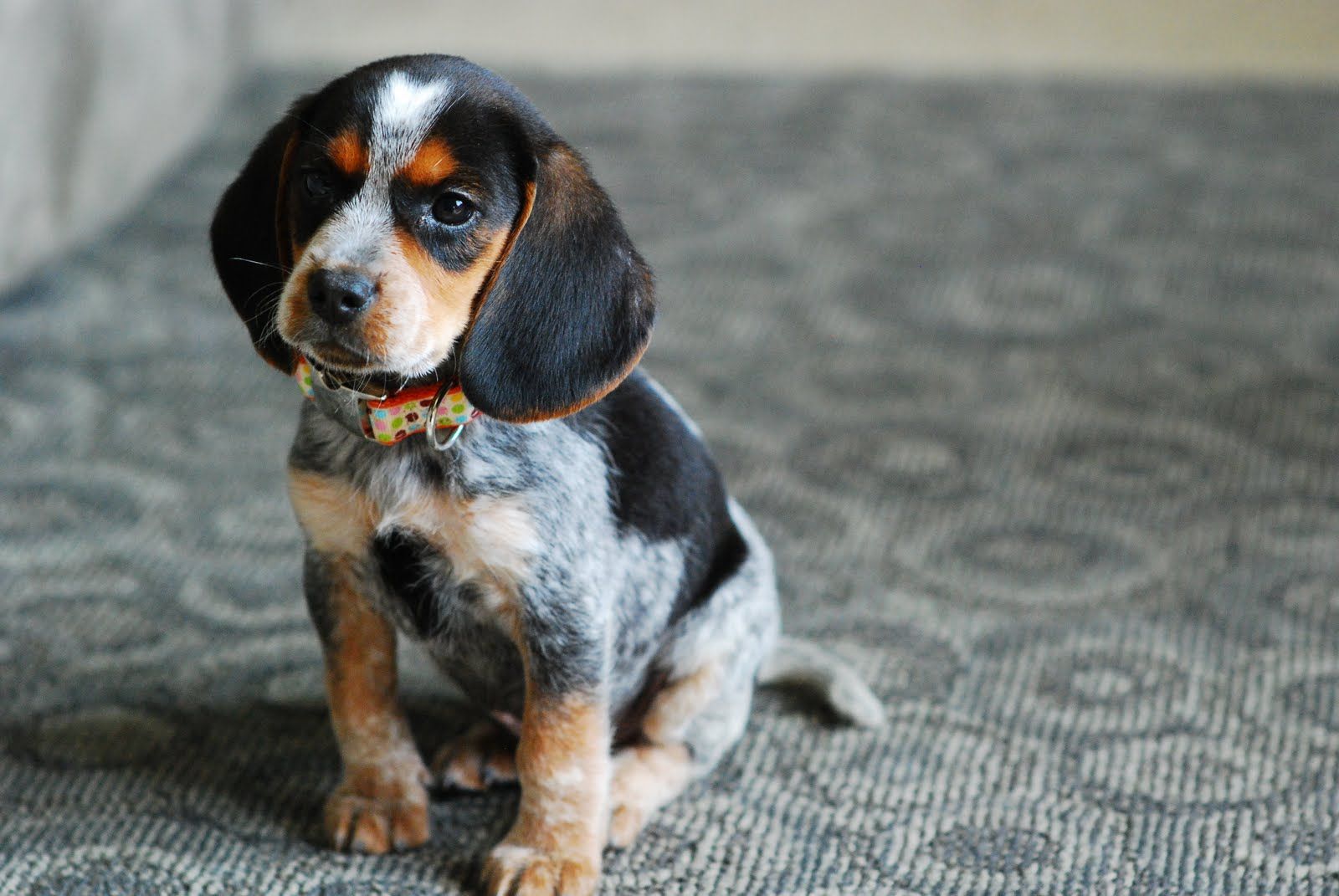 Her name would be Bella. When she grew up she would be able to help me by, hunting, protecting me at night, and she would keep me sane. (though I don’t think I’ll ever not be insane 😉 ) But it would be a good thing to have company that listens to you and that you can talk to without it talking back, telling you off, or how wrong you were when your idea failed. She would easily fit on a boat 🙂

A ‘BIG’ chest: This chest would be big enough to fit, a sewing machine, clothes, scriptures for my religion, some money, and even a bag of tools, (a shovel, nails and hammer, a hoe, and an ax), but it also would be able to EASILY, easily, fit on a boat. 😉

These are the two items I would want with me if I was shipwrecked. The second one is kind of cheating, since it holds a lot of different things, but it also isn’t because it is really just ONE item. With many other items inside 😉

The Hapsburgs were in charge of neighboring Austria, and set up Gessler as the governor of the town that William Tell lived. To see how loyal the people of the town were, Gessler set his hat on a pole in town square and commanded the people who passed to bow, not to him, but to the hat. William however, refused to bow to the hat, and even Gessler himself. William and his young son, who was with him at the time, were arrested because of his disobedience. Gessler had heard people say that Tell was a very skilled hunter and marksman, and to test that he challenged him to make a shot that was nearly impossible to test how good a marksman he was. The shot he had to take was to shoot an apple off his son’s head. When he arrived a few days later to perform the shot Gessler saw that he had two arrows in his jacket instead of one. Tell makes the shot, but is still in the dungeon. After he made the shot Gessler asked about the second arrow, William told him that it was there to pierce Gessler’s heart if anything happened to his son. He is later chained to a ship and sent away for the castle. During this a storm breaks out, and fearing for their lives the men free William who was able to guid the ship safely to shore. As soon as the boat was on the shore William ran and was a free man again.

William participated in the uprising of the Swiss against the Hapsburgs, and was eventually able to get revenge on the evil Gessler.